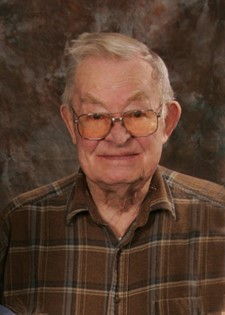 Funeral services will be at 11 a.m. Saturday at St. James Episcopal Church in Riverton. The Rev. Linda Wilson and the Rev. Tommy Means will officiate.

Masonic rites will be conducted and there will be military honors by the Wyoming National Guard.

He was a graduate of Riverton High School and earned his electrical engineering Bachelors and Masters degrees from the University of Wyoming.

Mr. Schaefer was a life-long Riverton resident except for the time he was at the University and during his military service and for approximately nine months following discharge from the military.

He served with the U.S. Army during World War II, as a Capt. and radar platform commander on New Caledonia in the South Pacific.

He married another Riverton native Janet Watt on May 24, 1953, in Riverton.

Mr. Schaefer was a member of the Episcopal faith.

He was a professor at Central Wyoming College in Riverton, heading up the electronics program as one of the original hires when CWC opened in 1968. He retired from the college in 1983.

Prior to his educators' career at CWC, Mr. Schaefer owned and operated Schaefer's on Riverton's Main Street where he sold appliances and did electronics and TV repair.

He also worked with automation systems in the oil industry.

Mr. Schaefer had served on the planning commission for the city of Riverton and was a member of the Masonic Orders and Shrine.

His family said he enjoyed his family, especially the grandchildren, and was skilled at woodworking, furniture making, and enjoyed amateur (ham) radio. As a young man he was active in skiing, fishing, and the outdoors and the couple enjoyed extensive travel after his retirement.

Memorials may be made to the CWC Foundation, in care of the Davis Funeral Home, 2203 West Main, Riverton, WY 82501.