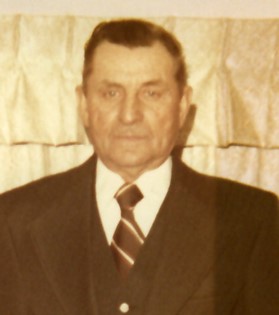 Graveside services will be held at 2:00 p.m. Thursday, September 13, 2007 at Mountain View Cemetery in Riverton, with the Rev. Cleveland McSwain of the United Methodist Church officiating.

Merel Oren Long was born on June 5, 1910 at Gibbon, NE, the son of Robert and Carrie Long. He married Olive Edith Six in 1930 in Bridgeport, NE.

Mr. and Mrs. Long moved to Pavillion in 1940 where they farmed until 1955, then moved to Riverton. He went to work for Yellowstone Oil Co. where he remained for 21 years, and also worked at the Riverton Senior Center for 5 years prior to retirement.

Mr. Long was preceded in death by his wife, his parents, one son Harold, three sisters and one daughter-in-law.

Serivces are under the direction of the Davis Funeral Home of Riverton.