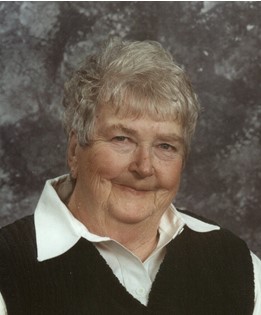 Bonnie Lee Steele was born August 13, 1927 in Kansas City, Missouri to Lee and Myrtle (Coen) Steele. She moved to Riverton with her family at a young age growing up in Riverton and graduated Riverton High School in 1945.

On December 31, 1945 she married Clifford R. Albright. He worked construction moving the family to Idaho and East Pakistan. They returned to Riverton in 1961. Bonnie worked as a clerk in Riverton for Ben Franklins, Woolworth’s, Bi-Rite, and tended bar at the Satellite Bar.

Mrs. Albright was a member of the V.F.W. Auxillary and the Eagles in Riverton. She enjoyed flower gardening, her grandchildren, and making blankets and rugs.

She was preceded in death by her parents, and sister Jennie Warren.

Memorial may be made to the Hospice Home or donor’s choice care of Davis Funeral Home, 2203 W. Main Street, Riverton, WY 82501.