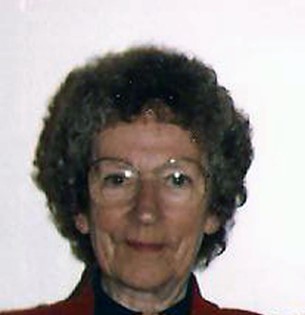 She was born in Maymyo, Upper Burma on Nov. 15, 1919, then educated privately in England and Scotland.

She had worked in a variety of jobs including working for former British Prime Minister Harold MacMillan at MacMillan Publishing in England where she wrote book blurbs and advertising copy.

She served five years and one month during World War II in the Women's Auxiliary Air Force in England.

In 1946 she immigrated to the United States and took a job as secretary to the editors of the Ladies Home Journal.

She came to Wyoming after five years on the East coast.

In August of 1953, she married Carl Riley. They ranched at Crowheart for 10 years where she also served as the local news writer for the Riverton Ranger. She continued writing, a column "This 'N' That" for the Ranger after the family moved to Riverton in 1966.

In 1976, she went into business for herself. She continued to work until the age of 86.

Mrs. Riley-Beckwith was a member of the board at the Good Samaritan Center in Riverton for many years.

She spent the remainder of her life at Sage View Care Center in Rock Springs.

She is survived by her daughter, Rosanne Riley of Riverton; son, Rob Riley and his wife Sharon of Sandy, Utah; three grandchildren, Chris and Robyn Riley of Sandy, Utah and Ian Seyler, currently serving in the US Army in Afghanistan.

She was preceded in death by her husband, Carl; her parents; her brother, Jock, and a sister, Mary.

Memorials may be made to The Good Samaritan Center in care of the Davis Funeral Home, 2203 West Main Street, Riverton, WY 82501.