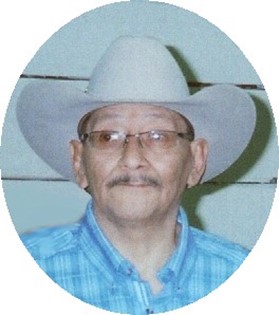 He passed away at his home in loving company of his brother and sisters, Don, Lo, Dee Aunt Jodie and “Mizz” Shanda Glenmore on January 19, 2012.

Lloyd Daniel Brown was born July 10, 1961 in Riverton, WY, to Agnes L. and Daniel L. Brown. His Indian name was “Standing White Cross” and was given to him by his great grandfather, Vincent Brown. He was a lifelong resident of the Wind River Reservation and a member of the Northern Arapaho Tribe.

On September 20, 1980, he was married and from this union his two beloved children were born, Shane M. Brown and his baby girl, Nicolette D. Brown. Later in life he was blessed with another son, Shaw Whiteman.

His interests were many and wide. He loved to team rope, go camping, hunting, and fishing. Also going to the “Cansino” (casino), spending time with his children, grandchildren and HUGE extended family, making us laugh with his many jokes and impressions.

Lloyd was employed as one of the first Tribal Water Technicians at the Wind River Environmental Quality Commission. Other occupations he had were working on rigs, laborer, helping Shanda at the Summer Foods Program.