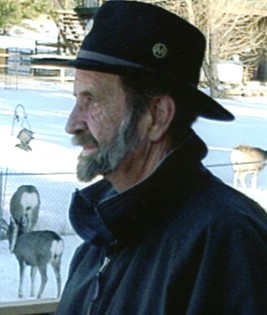 According to his wishes, cremation has taken place and a memorial service will be held at a later date.

David Otto Hillyard was born in Jersey Shore, Penn., on Friday, Jan. 21, 1944, the son of Harold Leroy Hillyard and Edith Katherine (Decker) Hillyard. He grew up in Salladasburg, Penn., and attended schools there and was graduated from high school in Jersey Shore.

Mr. Hillyard served with the U.S. Army for six years.

Mr. Hillyard was a laborer, retired from Alcan Cable after 37 years with the company. He had volunteered with the Forestry Fire Department and fought fires in Pennsylvania and the Western United States.

He attended the East End Baptist Church in Williamsport, Penn.

Mr. Hillyard lived most of his life in Salladasburg and Jersey Shore, Penn. Following retirement the couple spent time between Pennsylvania and Lander, where their children and grandchildren live.

He was a member of the American Legion, Elks Lodge, and Moose Lodge in Jersey Shore.

He is survived by his wife, Juanita Hillyard; a son, Donnie Norman and Lisa of Lander; a daughter, Gracie Norman and Jeff of Lander; grandchildren, Jeffrey Miles Richardson and Marcus Richardson; three grandchildren and seven great grandchildren; brothers, Donald Hillyard and his wife Connie, Dale Hillyard, Doyle Hillyard and wife Debbie, and Danny Hillyard and Vicki, all of Pennsylvania; sisters, Doris Zarr and husband Edwin of Arizona, Della Mae Carothers and husband Richard, Donna Kay Haight, Dian Hillyard, and Debbie Beck and husband Denny, all of Pennsylvania; numerous nieces and nephews; sisters-in-law, Janice Brown and her husband Bob and Jeanette Zitzka and husband Mark; brothers-in-law, Jim Mitchell and his wife Julie, and Jack Mitchell and his wife Diana.

He was preceded in death by his parents; a sister, Dolores Baye, and a brother, Dean Hillyard.

Memorials may be made to Amedisys Hospice or the Help for Health Bus, in care of the Davis Funeral Home, 2203 West Main Street, Riverton, WY 82501.

On-line condolences for the family may be made at: theDavisFuneralHome.com