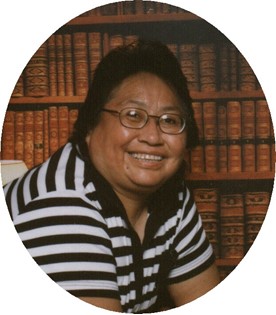 Guestbook 2
Lynell L. Addison of Casper died at the Central Wyoming Hospice in Casper on Saturday, Feb. 4, 2012. She was 56.

Funeral services are at Blue Sky Hall at Ethete at 10 a.m. on Thursday, Feb. 9, Episcopal clergy will officiate. Burial follows at the Friday Cemetery.

There will be a prayer service and wake at Blue Sky Hall at 7 p.m. on Wednesday, Feb. 8.

Lynell Lois Addison was born in Lander on Sat., Sept. 3, 1955, the daughter of George W. Groesbeck and Estelle (Friday) Dodge. She was a member of the Northern Arapaho Tribe.

Mrs. Addison was a childcare facilitator.

She attended the Episcopal Church.

Her family said Mrs. Addison enjoyed traveling round the state, going to basketball games, watching her son run cross country, riding horses, being around her grandchildren, going to the pow-wows, and sundances.