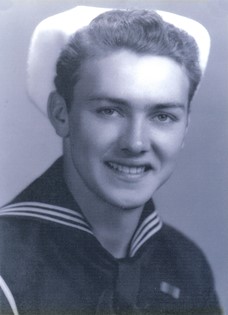 Funeral services for Herbert L. Eastman, 84, are at 10 a.m. On Friday, March 16, at the Davis Funeral Home with V.F.W. committal rites and military honors following at Mountain View Cemetery in Riverton.

Herbert Lee Eastman was born in Fairview, Mont., on Tuesday, Nov. 8, 1927, the son of Henry E. Eastman and Myrtle (Glenn) Eastman. His first six or seven years were spent on a small homestead at Richey, Mont., during the Great Depression. In 1934, his family left the homestead and moved to the small town of Park Grove, Mont., where his father worked as a carpenter on the construction of the Fort Peck Dam. The family moved to Nashua, Monta., in 1937 and he finished his schooling there.

At the age of 17, Mr. Eastman enlisted in the U.S. Navy and spent the remainder of the World War II years in the military service.

While in the service, he married Mary Elizabeth Flint and they had three children — Cheryl Ann, William Lee, and Diana Lynn. Mr. Eastman was discharged from the U.S. Navy on July 26, 1946.

He returned to Montana and worked on various construction projects, traveling throughout the United States for many years. He came to Riverton on a construction project in 1960 and made this his home, working as a carpenter, bus driver, and mechanic, retiring in 1992.

Memorials may be made to the Huntsman Cancer Research at the University Medical Center in Salt Lake City, Utah. in care of the Davis Funeral Home, 2203 West Main St., Riverton, WY 82501. On-line condolences for the family may be made at: theDavisFuneralHome.com