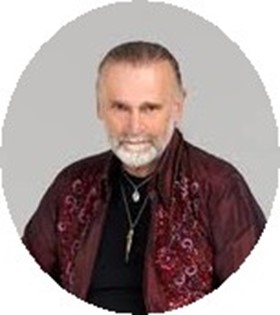 Longtime Doobie Brothers drummer Mike Hossack passed away peacefully Monday, March 12, 2012 at his home in Dubois, Wyoming after a long battle with cancer he was 65. Doobie Brothers manager Bruce Cohn made the announcement.

“Mike was a one-of-a kind guy and a long-time member of the Doobie Brothers,” remembers Cohn. “He was a fighter and fought the big battle with cancer and he was a close personal friend of mine and I speak for Mike’s family and the entire band when I say he will be greatly missed.”

The Doobie Brothers Tom Johnston remembered Hossack, “Mike has always been a part of my musical life and the life of the Doobie Brothers; from our earliest singles, like China Grove and Blackwater to our most recent single Brighter Day. He was an incredible musician, a studio quality drummer. The last few years, he was brave and determined to keep on playing in the face of ill health, and I will always admire him for that. He was a terrific dad and family man, and we will all miss him.”

Michael Hossack was born in Paterson, New Jersey on October 17, 1946 (a real baby boomer). At age twelve Mike started playing drums in the Little Falls Cadets, a Boy Scout Drum and Bugle Corp. He credits his drum instructors, Joe Whelan (Little Falls Cadets), Bob Peterson (Our Lady of Lourdes Cadets), and George Tuttle (Fair Lawn Cadets) for teaching him the disciplines of playing with other drummers.

“People always ask me of it’s hard to play with another drummer. I tell them that after playing along with up to twelve other drummers at once in the drum corps, this is a snap!”

After serving in the Navy during the Vietnam era, Mike returned to New Jersey in January of 1969 and was about to embark on a career in law enforcement. Fortunately, a friend convinced him to audition for a California band called Mourning Reign, who were playing at a local resort. After a long winter of starvation and deprivation playing upstate New York, the band longed for the gentle breezes of the San Francisco Bay area they called home.

Soon after arriving on the west coast, the band signed a production contract with the same company as a new bay area band, The Doobie Brothers. Unfortunately for Mourning Reign, tough financial times hastened the demise of the band. Fortunately for Mike, the Doobie Brothers had heard of his abilities and invited him to jam with the band. What Mike didn’t know is that the “jam” turned out to be a real gig and audition at Bimbo’s in San Francisco. After his trial by fire, the band decided that the two drummer concept was just what they needed for that extra percussive punch. Mike was invited to join the band and soon after found himself in the studio laying down tracks for the bands’ second album for Warner Brothers called “Toulouse Street”, soon to be followed by “The Captain and Me” and “What Were Once Vices Are Now Habits.”

Mike’s unique drumming style can be heard on every song containing drums on these early albums which included hits such as “Listen to The Music”, “Rockin’ Down The Highway”, “Jesus Is Just Alright”, “China Grove”, “Long Train Runnin”, and the band’s first #1 hit single “Blackwater”.

Along with success also came the pressures of continual touring and after a particularly grueling ten months on the road in 1973, Mike left the band. After a short hiatus he helped found a new band called Bonaroo, which recorded one album for Warner Brothers before disbanding in 1975. In 1976 he did a short stint for another two drummer band called DFK, (Les Dudek, Mike Finnigan and Jim Kreiger). Then in 1977, Mike became a partner in Chateau Recorders, a recording studio in North Hollywood and divided his time between working and raising his children.

In 1987, the Doobie Brothers called Mike and asked if he would like to join them in a series of benefit concerts for Veterans of The Vietnam War. Being a vet himself, Mike was more than happy to be included and rejoin his old buddies. The success of these concerts inspired the band to reform and soon they received an offer from Capitol Records to begin recording again, and have been going strong ever since, adding to Mike’s credits with the albums, “Cycles”, “Brotherhood”, “Sibling Rivalry” “Rockin’ Down the Highway-The Wildlife Concerts” and “World Gone Crazy”.

Mike is survived by his son Mike Jr. of Dallas Tx. and daughter Erica Oliver of Denver CO. He was preceded in death by his mother Aida Hossack.

Memorial services will be held at a later date. Pending services can be checked www.doobiebros.com for future memorial details. On-line condolences may be made at: theDavisFuneralHome.com