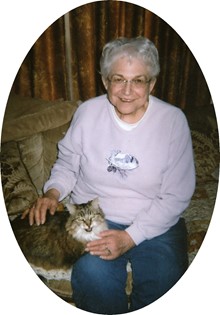 According to her wishes, cremation will take place and there will be no services.

Caroletta Marie Von Krosigk was born in Ravenna, Neb., on Mon., Feb. 12, 1934, the daughter of Leonard and Mabel (Hauschid) Von Krosigk. She moved to Riverton with her family as a young girl in 1948 and was graduated from Riverton High School.

In high school she met Harold David Sinner, whom she married on June 1, 1952, in Riverton at the St. Paul's Evangelical Reform Church.

Mrs. Sinner worked as a school secretary 17 years for Fremont District 25 in Riverton, had been a dental assistant in the office of Dr. Ray Gossett, and worked for 17 years in her son, Alan Sinner's photography studio, Stanley Studio.

She was preceded in death by her parents.

Memorials may be made to the Tough Enough Cancer Fund in care of the Davis Funeral Home, 2203 W. Main Street, Riverton, WY 82501.