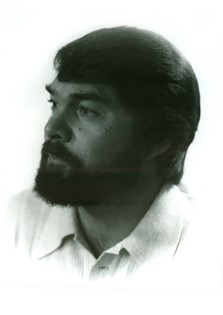 Memorial services are at 10 a.m. on Saturday, March 31, at the Davis Funeral Home of Riverton with Robin Stupka officiating.

Wilhelm M. Kuegeler was born in Germany on Monday, Dec. 31, 1934, the son of Josef and Margarete (Keldenich) Kuegeler.

He came to Riverton five years ago from Tehachapi, Calif., where he had lived for 13 years. Prior to that he lived in Los Angeles, Calif., for 10 years, Hesperia Calif., for 16 years, and Cleveland, Ohio, for 10 years upon coming to the United States.

Mr. Kuegeler was a painter by trade. He owned his own commercial painting business in Ohio and, upon selling that business, went to art school where he became an artist, painter, and sketch artist. He also remodeled homes to fix up and sell.

Memorials may be made to the Angels Cancer Care Program, a program of Wyoming Medical Center Foundation in care of the Davis Funeral Home, 2203 West Main St., Riverton, WY 82501.