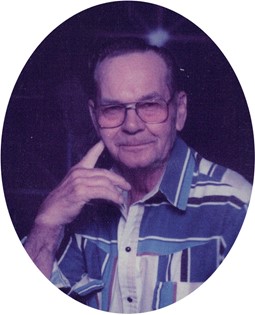 Herbert J. "Bud" Johnson, 81 of Lander, died at the Lander Regional Hospital on Thursday, April 12, 2012. No services will be held. Herbert Joseph Johnson was born in Selby, S.D., on June 10, 1930, the son of Alfine Joseph Johnson and Albertina (Cheskey) Johnson. On March 8, 1951, he married Patricia Gay Baumann in Selby S.D. Besides North and South Dakota, Idaho, Montana and California, the family had lived in Lander for 37 years. Bud was a long haul truck driver, auto mechanic and master mechanic for Brasel and Sims, a pilot, bull rider, a driver for Fremont Motors, and owned Bud’s Trailer Towing and DG Transport. He was a member of the Moose Lodge No. 602. His family said Mr. Johnson liked to fish, hunt, camp, play cribbage, and enjoyed wood working. Survivors include his wife, Patricia Johnson of Lander; sons, Joseph Johnson and wife Donna of Challis, Idaho, Van Johnson and wife Francine of Riverton, and Jerry Johnson and wife Tammy of Lander; daughters Pamela Johnson of Lander, and Tione Willox and husband Jim of Douglas; 19 grandchildren and 15 great grandchildren; a brother, Charlie Johnson; sisters, Florence Hargan and Avon Stotz. Mr. Johnson was preceded in death by his parents, Alfine and Albertina Johnson, and sisters, Agnes Alcorn, Verla Lafferty, and Myrtle Berry. Memorials may be made to a charity of the donor's choice in care of the Davis Funeral Home, 2203 West Main St., Riverton, WY 82501. On-line condolences may be made at: theDavisFuneralHome.com Services are under the direction of the Davis Funeral Home of Riverton.