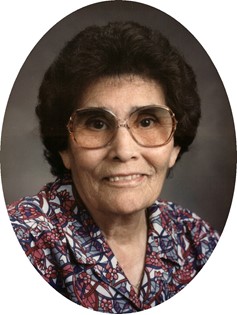 She was born September 27, 1920 in Mora, New Mexico, daughter of Juan P. and Eugenia (Vargas) Montoya.

Mary moved to Riverton in 1936 with her family and attended the Riverton schools.

On December 2, 1939, she married Eualio “Eddie” Martinez in Riverton.

Mary was a supervisor over Laundry Services at Riverton Memorial Hospital for over 20 years before retiring in 1981.

On-line condolences for the family may be made at: theDavisFuneralHome.com. Arrangements are under the direction of Davis Funeral Home of Riverton, WY.