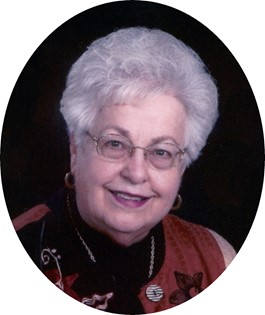 The only thing she loved more than her family was her God. She was completely devoted to her church and played the organ at St. Frances Church for over 20 years. Music was a big part of Mary’s life. She taught piano lessons for several years and loved her students.

They learned so much more than just music.

She was the daughter of John F. Cram and Julia Frances Archer Cram. She went to Riverton High School in Riverton, WY and graduated in 1952. She married Eugene Gasser Jr. on August 3, 1952. They followed oil rigs for several years and then settled in Midwest, WY where they raised a house full of children. In 2001, they moved to Midland, TX to be near their family.

She was a member of St. Ann’s Catholic Church and ACTS, where she made many close friends.

She was preceded in death by her parents, John F. Cram and Julia Frances Archer Cram, and two sons, Timothy John and Michael Eugene.

Condolences may be made at: www.ellisfunerals.com.