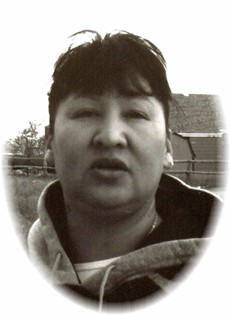 A rosary is at 7 p.m. Wednesday at the church, followed by a wake at 1508 Elmwood Drive.

Chrystal Charity Dewey was born in Riverton on Wedn., Dec. 30, 1970, the daughter of John Charles Dewey and Valerie June Marie Oldman. She was graduated with honors from St. Stephen's Indian High School in 1987.

Ms. Dewey was a homemaker and life-long resident of the Wind River Indian Reservation. She worked as a file clerk for the department of social services at the Northern Arapaho Nation, as a cashier as the Arapahoe Store, as a foster parent for the Department of Family Services, and as a teacher for the Early Headstart program

She was of the Catholic faith and was a member of CYO in her younger years. She participated in traditional Indian ceremonies of the Northern Arapaho Tribe.

Her family said she enjoyed spending time with her family and children, beading, fishing, camping, going to garage sales, going to basketball games, and watching sporting events in which her children participated.

On-line condolences may be posted at: theDavisFuneralHome.com