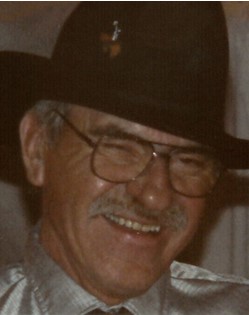 Dean D. Rowan, 62, of Rawlins, formerly of Lander and Fort Washakie, died at the Wyoming Medical Center in Casper on Wednesday, May 23, 2012. Funeral services are at 1:00 p.m. on Wednesday, May 30, at the Davis Funeral Home of Riverton with Tony Sawick officiating. Burial follows at Mountain View Cemetery in Riverton with committal rites by the American Legion Post 81. There will also be a memorial service for Mr. Rowan at 2 p.m. on Thursday, May 31, at the Jeffrey Center in Rawlins. Dean Duane Rowan was born in Fort Washakie on Aug. 15, 1949, the son of Robert Gale Rowan, Sr., and Dolly (Snyder) Rowan. He was graduated from Fremont County Vocational High School in Lander in 1967 and attended Denver Technical School. Mr. Rowan continued his education through the years with Amoco/BP. He was a veteran of the Vietnam War and worked for the IHS and BIA. He worked in the oil and gas industry for 32 years as a natural gas production operator. He worked for Amoco/BP, retiring after 25 years with the company. Following retirement, he was a contractor for BP. On July 8, 1972, he married Connie Nicol in Fort Washakie. Mr. Rowan was a member of St. Johns Anglican Catholic Church in Lander. He was a 40-year member of the American Legion, Posts 81 and 122 when he held all offices, was a seven year member of the B.P.O. Elks Lodge 609 in Rawlins, a 40-year member of the Wyoming Grange and served as a 4-H leader. His family said Mr. Rowan loved to fish, enjoyed hunting with his family, rock hunting, gardening, yardwork, landscaping, and spending time with his family and friends. He lived the first 42 years of his life in Fort Washakie, Ethete, and Lander, and the last 20 years in Rawlins. Survivors include his wife Connie Nicol-Rowan of Rawlins; daughters, Kristy Rowan, and Stacey Michel and her husband Ralph; two grandchildren, Dean and Lexie Michel; brothers, Robert Rowan, Jr., and James Rowan; sisters, Mabel Rowan and Judy Brockman. He was preceded in death by his parents, Robert Rowan, Sr., and Dolly S. Rowan; grandparents, Smokey and Bessie (Graves) Rowan, Charley E. and Viola (Hereford) Snyder; Father-in-law, Fred Nicol, Sr.; a sister, Valerie Mesteth; a brother, Ricky McAdams, and nephew, Wayland Nicol. Memorials in his name may be made through the Davis Funeral Home, 2203 West Main St., Riverton, WY 82501. On-line condolences may be made at: theDavisFuneralHome.com Arrangements are under the direction of the Davis Funeral Home of Riverton.