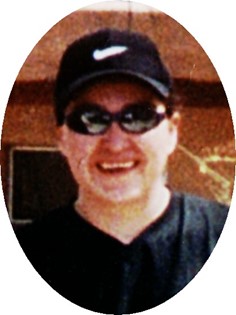 Guestbook 1
Southernman V. Addison, 35 of Arapahoe, died on Friday, May 25, 2012, at the Medical Center of the Rockies in Loveland, Colo.

Funeral services are at 10 a.m. on Friday, June 1, at St. Stephen's Catholic Church. The Rev. Father Carlito Saballo officiates and interment follows at the Spoonhunter Cemetery.

Southernman Virgil Addison was born in Santa Fe, N.M., on Oct. 12, 1976, the son of John Baptist Addison and Celina Marie (Vigil) Addison. He attended the Arapahoe Elementary School and was graduated from the Wyoming Indian High School.

He lived most of his 35 years on the Wind River Reservations, with a few years in Tesuque Pueblo, N.M.

Mr. Addison was of the Catholic faith, a member of the Native American Church, and St. Stephen's Catholic Church.

He worked at the Showboat Retirement Center.

His family said Mr. Addison enjoyed singing at pow-wows and with his brothers, spending time with his family, friends, nieces, and nephews.

On-line condolences may be posted at: wwwTheDavisFuneralHome.com