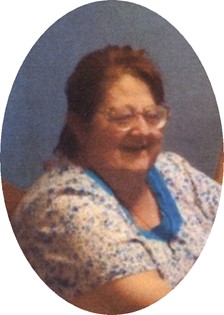 Cremation has taken place and no services will be held.

Ruth Ann Ahrens was born in Scottsbluff, Neb., on July 20, 1949, the daughter of Raymond W. and Thelma (Sauer) Ahrens. She was graduated from Riverton High School and attended Central Wyoming College for two years.

Mrs. Vogelsang was a housewife, having married Greg Vogelsang in Riverton on July 4, 1984.

She worked for eight years as a CNA for Wind River Healthcare and as a teacher's aide prior to that.

She was a member of the Riverton Christian Church.

She had lived in Riverton for 62 years and her family said she enjoyed reading, watching television, and painting.

She was preceded in death by her husband, Greg Vogelsang; her mother, Thelma Ahrens, and grandparents, Fred and Lydia Sauer, Wayne and Jessie Ahrens.

On-line condolences may be posted at: www.TheDavisFuneralHome.com