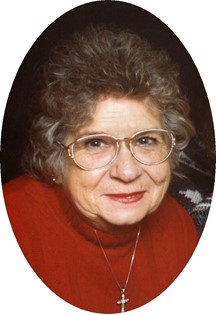 Funeral services are at 10 a.m. on Saturday, June 9, at the Church of Jesus Christ of Latter-day Saints in Shoshoni. President Robert Zent will officiate and interment will be in the Lake View Cemetery.

Viewing will be held from 9 am to 10 am Saturday, at the LDS Church.

Mrs. Stewart worked as the office clerk for Mel's Water Service at Lysite for about 10 years.

She had lived in the Shoshoni area, on and off, for 25 years.

She was a member of the LDS Church in Shoshoni.

Her family said she enjoyed people, sewing, and cooking.

She was preceded in death by her parents, and a grandson, Michael David Lowe.