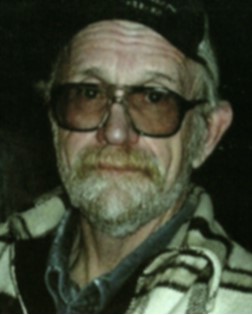 Cremation has taken place and memorial services are at 2 p.m. on Friday, June 15, at the Davis Funeral Home of Riverton.

John Jay Robertson was born in Lander on Friday, Nov. 18, 1949, the son of Eldon Jay Robertson and Helen (Campbell) Robertson. He graduated from Riverton High School with the Class of 1968 and attended Casper College.

His family said he enjoyed the outdoors, loved his dogs, and enjoyed hunting and fishing.

Mr. Robertson was a carpenter in the industrial construction trade. He had worked on a variety of projects including the Jim Bridger Power Plant, Dave Johnston Power Plant, Gillette Coal Plants, in Washington state and Montana, and the Lysite area. He was a member of the Carpenters' Union Local 1564 retiring in 2005.

He is survived by a brother, Dennis Robertson and his wife Carmen Noack of Aurora, Colo.; a sister, Carol Willman and her husband Jerry of Riverton; nieces and nephews, Jake Willman and wife Julie, Karla Bishop and husband Jake, and Natalie Willman; great nieces, Haley and Kaitlyn.

Memorials may be made to the Help for Health Hospice Home in care of the Davis Funeral Home, 2203 W. Main Street, Riverton, WY 82501.