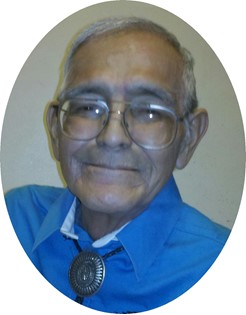 He was of the Catholic faith and a Native American Church member.

He was raised on the Wind River Reservation. He attended the Job Corp in Ronan, Mt and one year off college at Central Wyoming College in Riverton.

He was a certified carpenter, but worked numerous jobs in a variety of fields. He was active in the Arapaho Language Revitalization.

He was the past Native American Church State Chapter President and he was one of the Northern Arapaho Tribe’s medicine men. He dedicated most of his life to helping people.

His family said that he enjoyed making peyote fans and gourds, beadwork, painting, traveling and spending time with his family and friends.

He was preceded in death by his parents; brothers, Benjamin M Oldman and Glen Oldman; and daughter, Mary Jane Blackburn.