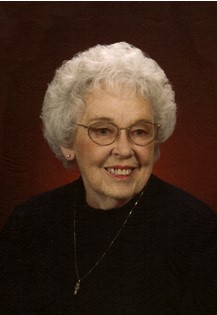 Mrs. Shepherd grew up in Almont, N.D. where she attended school until the 11th grade, moving and graduating from High School in Hebron, N.D. She had lived in Thermopolis, Laurel, Montana, Seattle, Washington, and Bellevue, Washington, before moving to Riverton in 1951.

In 1939 she married Carl A Morris in Thermopolis, WY. They later divorced.

She married Marion T. Shepherd on May 24th 1952 in the Trinity Lutheran Church in Riverton.

She was an active member of Trinity Lutheran Church including Dorcas Society, Sunday School Teacher, and LLL.

She was a member of the Grange, VFW Auxiliary, State Commander of DAVA, Good Sam Club, National Campers and Hikers and the Holiday Rambler RV Club.

Her family said she enjoyed to knit and crochet, traveling in her RV, visiting family, and when her husband was alive, she attended various veteran’s reunions with him.

She was proceded in death by her husband, Marion T. Shepherd in 1989, her parents, sister, Ruth Short, and brothers, Clifford Bergstrom, Erling Willman Jr., and Russ Willman.