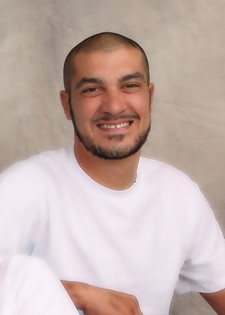 Mass of Christian Burial is scheduled for Thursday, August 23, 2012, at 3:00 p.m. at Saint Margaret’s Catholic Church in Riverton. Father Dave Erickson will officiate. Cremation has taken place. Arrangements are under the direction of the Davis Funeral Home.

Justin Lyle Wood was born on August 27, 1978, in Cheyenne, WY. His parents are Daria (Brown) Wood and the late Leonard Wood. Justin attended St. Margaret’s Catholic School and Riverton High School. He was a wrestler for Riverton High School. In 2001 he moved to Laramie for 9 years moving back in 2010.

While in Laramie, he met his wife, Angela Johnson. On July 27, 2007 they were united in marriage in Dubois, WY. They had a daughter, Paige Dean that was the light of his life. He loved being a Dad and his family said he was the best Dad ever.

His family said that he enjoyed the outdoors, fishing, coyote hunting, playing video games, and his dad’s 1971 Ford truck.

He worked in the construction business as a carpenter. He enjoyed his work and co-workers and bosses alike said he was an honest and valued employee.

Memorial donations would be appreciated to the Justin Wood Memorial in care of Central Bank and Trust, 220 N. Federal Blvd. Riverton, WY 82501.