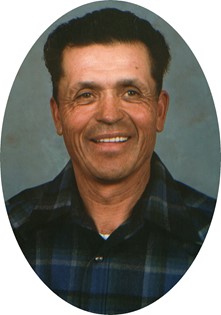 He was born February 12, 1929 in Chalchihuites, Zacatecas Mexico, son of Silvano and Guadalupe (Mier) Roman.

He was a concrete finisher who retired from Brasil and Sims to ranch full-time. He had been a local rancher since 1952. He enjoyed caring for his livestock, riding horses, visiting friends and family, watching boxing -- especially Muhammed Ali -- and hiking Moccasin Lake. He enjoyed telling stories of the old days.

He was of the Catholic faith.