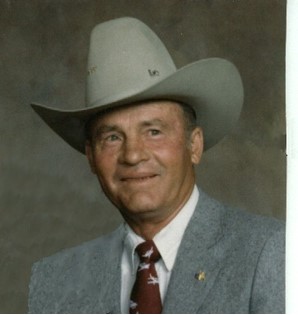 Interment follows at the Lakeview Cemetery in Shoshoni with Military rites by the Friday-Truan Detachment #683 Marine Corp League & Veterans.

Myron Clifford Jarvis was born in Grand Island, Nebraska on January 29, 1925 to Durward Dewey and Anna Marie (Merz) Jarvis. He was raised in the Sandhills near Mullen and Seneca, Nebraska where he attended a one-room schoolhouse. His family moved to the Missouri Valley area in 1938 when he was 13 years old. He helped his father clear and break out a new farm on the lower end of the Valley in preparation for the Midvale water that was turned on in 1939. He attended Shoshoni Public School until eighth grade when he headed for San Francisco with his friend, Dale Downey for work.

In 1943, Mr. Jarvis joined the U.S. Navy and was stationed in San Francisco where he drove the limousine for officers and was in the Port of Directors and was honorably discharged in 1946. When he returned form the Navy he proceeded to get his pilots license and practiced tail spins over his finance’s residence in Bonneville.

He married Betty Comes of Bonneville, Wyoming on October 23, 1949 and shared 62 years of marriage. He built their first house, a two-bedroom home on his folk’s original place in Missouri Valley and helped his father farm.

In 1965, Mr. Jarvis and George Pingetzer formed a corporation and purchased summer range for their cattle in the Moneta-Highland area. Later they split to purchase their own summer range. In 1980, he renewed his pilot’s license and purchased a Citabra airplane for checking cows and water wells on the summer range.