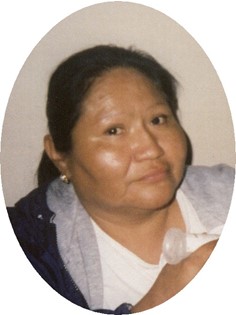 Claudean Marie Trumbull was born on February 4, 1960 in Riverton, WY to Clark Trumbull Jr. and Molly (Potter) Trumbull. She attended grade school at St. Stephen’s Indian School and high school at Intermountain High School in Brigham, UT. She lived on the Wind River Reservation all of her live except for six months in Aurora, CO.

She worked at Northern Arapahoe Sewing. She enjoyed making flowers, walking, beading, and spending time with family, friends, and her grandchildren.