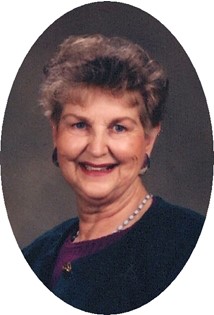 Cecilia Mary Auby was born on September 3, 1926 to Lee Auby and Marie (St. Pierre) Auby in Sandwich, Ontario, Canada. As a child the family moved to Detroit, MI where she attended school. Cecilia started working when she was 13 years old as a clerk in a grocery store. She also worked as a billing clerk and data entry clerk, which was a new thing in 1943, for Detroit Power and Gas Co.

On July 4, 1944 she married Frank C. Duhring in Detroit, MI. They made Detroit their home until after WWII when they moved to California. They had their first three children in Detroit and the next four in California. After moving to California she again worked as a checker in a large grocery chain. Going against the trend, she continued to work until she was eight months pregnant due to customer demand that she stay.

In 1971 she and her husband bought a farm near Pavillion and began an adventurous new career as ranchers and farmers. With the gracious help of their new Wyoming neighbors, they successfully raised sheep, cattle, and kids. She also worked as a teacher’s aide at Wind River Elementary School, and always spoke fondly of her students and teachers.

In 1993 they retired and moved into town, where Cecilia enjoyed playing bridge, attending daily Mass, and having tea and toast with her grandchildren.

She is survived by her daughters, Yvette, Marie, Diane and Suzanne; sons, Frank and Douglas Lee; her sister, Estelle, her brother, Lee; 28 grandchildren and several great grandchildren.

She was preceded in death by her parents, three siblings, her husband, Frank, and one son, Lee.

Services are under the direction of Davis Funeral Home. On-line condolences for the family may be made at www.TheDavisFuneralHome.com