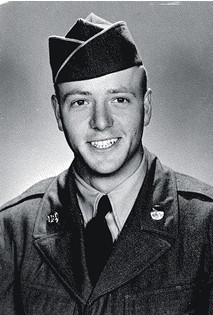 Lyle W. Ingold of Dubois died Wednesday, December 19, 2012 at Wind River Health Care in Riverton. He was 83 years old. Graveside services will be conducted at 2:00 p.m. Thursday, December 27, 2012 at the Dubois Cemetery, with committal rites by the Masons and Veterans of Foreign Wars. A reception will follow at the Dubois V.F.W.

A viewing will be held from 12 noon until 2:00 p.m. on Thursday, at the Headwaters Community Center prior to the service.

Lyle Winslow Ingold was born on May 4, 1929 in Torrance, CA, the son of Clarence Lyle and Ruth Evelyn (MacKenzie) Ingold. He grew up in Torrance and was graduated from high school in Redondo Beach High School with the Class of 1947. He attended college at Humboldt State University.

On March 25, 1951, he married Anna Grace Boyd in Pasadena, CA. They were later divorced.

Mr. Ingold lived in various communities in California and Oregon, and after traveling to this area for hunting since 1982, moved from Weed, CA to Dubois in 1990.

He served as an MP with the U.S. Army H Company, 91st Battalion, and Companies 165 and 595 during the Korean War. He was stationed in Korea for 17 months and served in two different combat zones.

He enjoyed hunting and fishing.

Among his survivors are a son, Stephen Ingold; daughter, Barbara Hadderman and her husband Patrick; and companion Jeanie Wertz of Indiana.