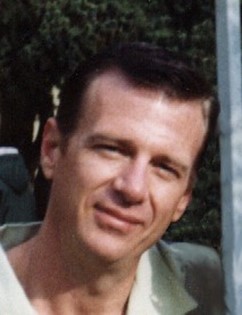 Guestbook 2
Memorial services for Dennis P. Van Skike will be at 10 a.m. Saturday, Dec. 1, at Trinity Lutheran Church in Riverton.

There will be a visitation from 5 to 6 p.m. Friday, Nov. 30, at the Davis Funeral Home of Riverton.

Private family graveside services will be held at a later date.

He moved with his family from Sicily to China Lake, Calif., in 1966. From there, he lived in Sacramento, Calif., Houston, Texas, various places in California, and Reno, Nev.

He had attended Ridgecrest Christian Day School in California, the Riverton Middle School, and was graduated from Riverton High School where he was an all-state defensive football tackle in his senior year.

He married Christine Shobloom on Nov. 26, 1988. They later divorced.

Mr. Van Skike volunteered at the Riverton Senior Center, the men’s' shelters in Riverton, Reno, and Sacramento, and with the American Legion.

His family said Mr. Van Skike was an avid football fan who loved to play his guitar and listen to 1950s CDs. He held a blackbelt in karate, and had pride in his children along with a willingness to help others. He was a member of AA.

He was preceded in death by his grandparents and a brother, Mark Lawson.