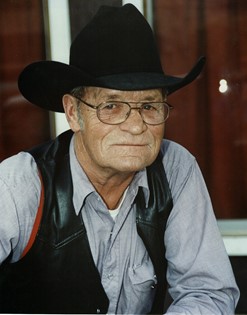 Memorial services for Donald G. Scheer will be held at 2:00 p.m. Tuesday, December 4, 2007 at the Dubois Masonic Lodge. Members of the Knights Templar Black Horse Troup will officiate. A Celebration of Life receiption will follow at the Dubois V.F.W.

Born: February 8, 1936 to Rose R. Koenig Scheer and Martin George Scheer in Center, Nebraska. Don left Nebraska when he was fourteen years old to come to Wyoming to go to work on the Cross Ranch in Dubois. Don lived at the Cross Ranch while he worked and finished high school, graduating from Dubois High School in 1954. Don married Sally Black on 1957 and was working at the Cross Ranch in the Dunoir Valley in 1958. Don and Sally worked at the Rocker A Ranch when their first son Grant Scheer was born. Don and Sally then went to work at the Cross Mill Iron Ranch, then on to Burk Johnson’s ranch in 1959 in Crowheart when Denice Scheer was born. Don cut poles and sprayed timber for the US Forest Service. Don and Sally bought a trailer and moved it down to the old Community Corrals at Doug Johnson’s place East of Dubois. Don and Sally were divorced in 1963 but remained life long friends. Don married Roberta Ruth Brown on March 25, 1964. Don was riding bare back horses and was making a living at it. Don and Ruth named their first baby girl Theresa, born on April 9, 1965 while the couple lived in the apartments across from the VFW. Don again worked at the CM Ranch and the Cross Mill Iron and tended bar at the Rustic Pine Tavern for Dean Metzger. On August 3, 1967 Ruth and Don had a baby boy and named him Thomas Gene Scheer. Don went back to work spraying trees for the US Forest Service. Don also worked in the oil fields. Don went to work for the Fremont County Sheriff’s Department. Don worked for the Sheriff’s Department for about three years. Don also comprised the Dubois City Police force, with him being the only one on the force. Don and Ruth bought the Moon Lake Hunting Camp in 1973. Don and Ruth guided many hunters and fishermen, including the actor Mike Douglas. Don took a lot of drop trips all over the mountains of Wyoming. Don and Ruth sold the camp in 2000. Don loved and enjoyed his grandchildren and great grandchildren.

His lifelong dream was to kill a Big Horn sheep. He put in for a license for 48 years and never once drew a permit.