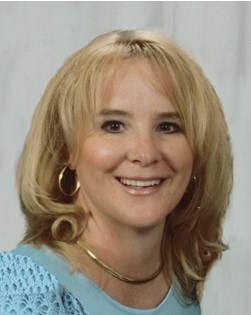 Funeral services will be at 2 p.m. Tuesday, April 17, at the United Methodist Church of Riverton. Pastor Aaron Justice will officiate.

There will be a viewing at the Davis Funeral Home of Riverton from 5 to 7 p.m. Monday and for one hour preceding the services at the church on Tuesday.

She grew up in the Boulder Flats area of Fremont County attending the Mill Creek elementary school and being graduated from Wind River High School with the Class of 1986.

She attended Central Wyoming College in Riverton for two years where she played basketball and volleyball.

She had been a Riverton resident since entering college.

Mrs. Shultz was office manager in the advertising department for The Ranger for the past five years. Prior to her newspaper career, she worked 14 years at Smith's in Riverton.

Her family said she loved music and dancing and sang in high school programs. They said she enjoyed all forms of sports -- watching, playing, and coaching softball, volleyball, and basketball. She coached in her children's sporting activities. In addition, the family said she loved to go camping, enjoyed photography, being around people, and especially enjoyed her family and friends.

Her family described her as a bubbly, happy person who thought of other people and was always smiling.

Co-workers at The Ranger described her as "the one who always brought treats for everyone 'just because' and was quick with a compliment."

She was preceded in death by her grandmother, Helen Larson; grandparents, Jewell and Lulu Hyatt, and grandfather, George Bonney.