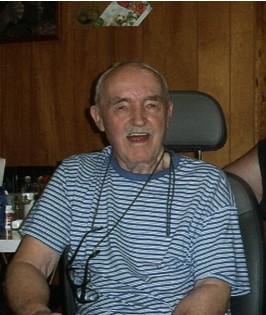 Graveside services will be held at 10 a.m. Wednesday, April 18, at Mountain View Cemetery in Riverton. Pastor Willy Maxwell of One Life Fellowship will officiate.

Veterans' honors will include Taps played by Rob Doane and committal by the Wyoming National Guard.

He served as a decorated pilot with the U.S. Army Air Corps during World War II.

Later he was a pilot for the U.S.G.S. and Corps of Engineers.

He was a member of the Protestant faith.

His family said Mr. Phillips loved flying and stayed active in the U.S. Air Force Reserves until 1958. He kept his own plane for pleasure for years and worked piloting small planes doing aerial photography. The family said he was also an avoid reader and continued learning about new things his entire life. He enjoyed bowling as a pastime and participated in many leagues and tournaments.

He was preceded in death by his wife, Geraldine B. Phillips; brothers, Herb Phillips and Howard "Phil" Phillips; sisters, Lois VanWhite and Burnetta Phillips.