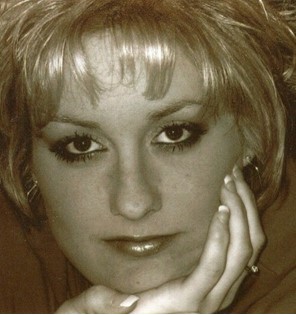 Guestbook 12
Michelle Lynn Duty died at her rural Riverton home on Tuesday, April 17, 2007, after battling cancer. She was 28 years old and a life-long resident of the community.

Funeral services will be at 10 a.m. Saturday, April 21, at the Davis Funeral Home of Riverton. Pastor Michael Johnson will officiate and interment will be at Mountain View Cemetery in Riverton.

Michelle Lynn Wempen was born in Riverton on Jan. 29, 1979, the daughter of Leslie Gene Wempen and Nancy Ann (Pigg) Wempen.

She was a 1997 graduate of Riverton High School and attended Central Wyoming College for one year.

She married Jeremy D. Duty at the United Methodist Church in Riverton on July 18, 1998, and they were later divorced.

Ms. Duty was a homemaker and had worked as an aide in special education at Riverton High School. She assisted with the high school wrestling club and was involved in the remake of the Wolverine Den, where she was an avid fan of her brother Andy's wrestling career.

Her family said she loved being a mother and enjoyed the outdoors, camping and fishing with family, horses, and animals. They said she enjoyed running and her favorite color was pink.

Survivors include a son, Hayden Andrew Duty of Riverton; her parents, Leslie and Nancy Wempen of Riverton; brother, Andy L. Wempen who is attending Northwest College in Powell; grandparents, Margaret Wempen and Phyllis and Lonnie Pigg, all of Riverton; numerous aunts, uncles, and cousins.

She was preceded in death by her grandfather, Robert Wempen, and great grandparents, Orville and Edith Fuller.

Memorials may be made to the Breast Cancer Foundation, in care of the Davis Funeral Home, 2203 West Main, Riverton, WY 82501.