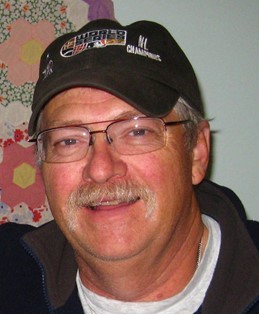 Victor Allen Matoon was born on February 24, 1958 in Havre, MT to Allen Matoon and Patsy (Adamsen) Matoon. He was raised in Dillon, MT and graduated from Beaverhead County High School in 1977. He was a graduate of the Wyoming Law Enforcement Academy in Douglas, WY.

On March 22, 1986 he married Kathryn “Kathy” Lee in Riverton, WY. They have lived in Riverton for the last 26 years and have two children.

Victor loved serving his community at home and abroad. He belonged to the Fraternal Order of Policemen, was a Master Mason, and was a member of the Kalif Shriners. Victor was also a volunteer firefighter with the Riverton and Fremont County fire departments and served as volunteer security for the Atlanta Summer Olympics in 1996 and Salt Lake City Winter Olympics in 2002.

He loved kayaking and camping, studying history, visiting his children, and visiting his family in Montana. He had a special love for his two dogs: Bob Barker and Scout.

He was preceded in death by his parents, sister, Valerie Matoon; father-in-law, Larry Lee; and numerous aunts and uncles.

Memorials may be made to any charity of the donor’s choice in care of Davis Funeral Home, 2203 West Main Street, Riverton, WY 82501.