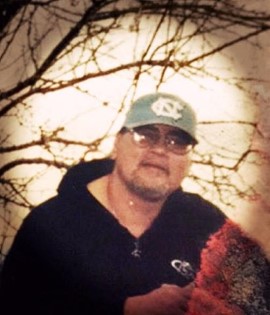 Guestbook 0
Richard Lone Dog, "Lakota Bear Singer" 58, formally of Riverton, died on Sunday, January 1, 2017, in Butner, NC. Traditional funeral services and wake will be held at Great Plains Hall. The wake will be held on Thursday, January 12, 2017, 6-8:30pm, his body will then be moved to his sister Cindy's home at 1425 Cowboy Lane in Riverton, where wake services will resume from 9pm - sunrise. Funeral services will be Friday, January 13, 2017, at 12:00 noon, his uncle Hermus Lone Dog officiating. Burial will be at the Arapaho Catholic Cemetery.

He attended Arapaho School, Casper Elementary, Utah Boarding School, and Wyoming Indian High School. He grew up in the Arapahoe and Casper areas. He lived on and off the Wind River Reservation periodically and also in the Denver Metro community. After high school he worked in the oil and gas field as a derrick hand and a roustabout.

At an early age Richard was encouraged to sing and had a beautiful voice like his mother. He had a love for music of all kinds and origins. He wrote songs for family and loved ones, and sang traditional inipi, sundance, peyote, 49, pow- wow, and even rap. He especially loved rapping with his grandsons; Trevor, Chris, Quinn, and Robert. He was a self-taught musician and very skilled artist/painter, he was very skilled in playing the guitar and played in several bands.

He was very active in the American Indian Movement (AIM) when he lived in the Urban Native Community in Denver and South Dakota. He was a true warrior! He participated in the Arapaho Sundance and Lakota Inipi ceremonies. His blood line on both sides of his familiy tree included; Chief Sharpnose, Chief Lone Dog, Chief Standing Bear, Friday, and Inpaduta.

Although Richard had only two sons; Dean Moss and Richard Thomas Lone Dog (deceased), he practiced our custom and was a father, grandfather and great grandfather figure to his nieces and nephews and their children and grandchildren; Pamela & (Roy) Maldonado, Evelyn & (Ron) Juneau, Natasha Washakie, Billy Addison, Patricia Addison, Holly Addison, Grace Carpenter, Jenny Rojas, and Sistence Tafoya. He was close to his grandsons; Trevor, Chris, Quinn, & Robert and loved spending time with them.