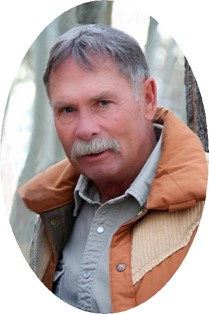 Tim McFadden of Riverton died at his home on Monday, January 9, 2017. He had battled cancer for several months. He was 66.

A memorial service will be at 2 p.m. Saturday, Jan. 14, 2017, at Davis Funeral Home. A reception will immediately follow at Riverton Elks Lodge BPOE 1693.

Timothy Michael McFadden was born May 27, 1950, in Bismarck, ND, to Kenneth McFadden and Violet (Holden) Lowery. He was raised in Casper, WY, and graduated from Kelly Walsh High School.

After graduation, Tim proudly served in the U.S. Navy until being honorably discharged in 1971 following a motorcycle accident.

On April 15, 1972, he married Nancy Nolan in Casper. The couple and their infant son moved to Riverton in 1975, and a daughter joined the family in 1977. Tim worked for Northern Utilities until 1980 when he started Badger, Inc., an oilfield roustabout service that would operate in the Beaver Creek Oil Field until Tim and partner Pete Peterson retired in 2014. He was respected as a fair and knowledgeable man whose work ethic was beyond reproach.

Tim enjoyed shooting pool, fishing, and hunting, and he took pride in working on projects to improve his family’s home and property. Time spent there with his loving wife Nancy and their dog Hot Shot brought him happiness. The company of friends and family was important to Tim, and he was especially proud of his six grandchildren. He was a kind and genuine soul who truly never knew a stranger.

He was preceded in death by his father.

Online condolences may be made to the family at TheDavisFuneralHome.com