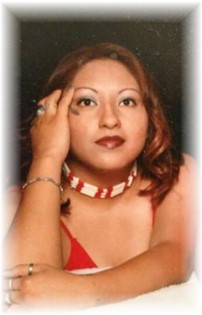 Pauline Marie Oldman was born on October 2, 1979 in Lander, WY to Esther Marie Oldman. She grew up in Rawlins, WY as a child then moved back to Lander to attend school. She went to elementary school at North in Lander, her middle school years were at Wyoming Indian Middle School and Riverton Middle School. She earned her G.E.D. from Central Wyoming College in 2011, she then moved to Billings, MT where she attended the Billings Culinary School. In 2013 she moved to Lawrence KS where she lived until recent years.

She was a member of the Native American Church. She participated in the traditional sweats, spiritual meetings, and peyote meeting.

She worked in restaurants using her culinary skills and also worked as a housekeeper.

Her family said that she was a writer, keeping a journal, writing letters and poems. She enjoyed listening to music, shopping, and sightseeing. Above all she loved being with her children and family and laughing.