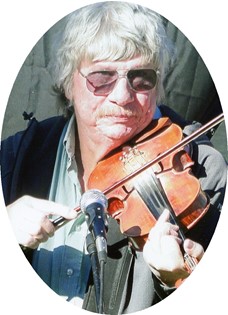 
A Memorial service for Farron Hank Eisemann, 61, will be held 2:00 p.m., Tuesday, February 7, 2017 at the United Methodist Church with Pastor Echo Klaproth officiating. Cremation has taken place under the direction of Davis Funeral Home. Memorial contributions to the Paradise Valley Helping Hands Club in care of Davis Funeral Home would be appreciated.

Farron was born on July 23, 1955 in Lander, Wyoming, son of Joe G. and Dorothy Irene (Maxson) Eisemann. He was raised on the Paradise Valley and attended schools in Riverton and Shoshoni, where he graduated in 1973. Farron farmed his entire life in the North Portal Sand Mesa and retired from farming in 2007.

Mr. Eisemann was a master of several musical instruments but was well known for his fiddle playing. He taught many students throughout the years to play the fiddle. He also enjoyed hunting and fishing and spending time with his family at the cabin, especially his grandsons. He is in the Guinness Book of World Records for being a 2 x World Champion Horseshoe Pitcher in 1967 and 1968.

Survivors include his wife Joan of the family home; daughter, Brandi Roylance and her husband Johnnie of Riverton; brother, Dr. Daniel Eisemann and his wife Ellen of Salsbury, Maryland; grandsons, Trystan and Ashton Gorley; and his beloved dog Schmutzig.

He was preceded in death by his parents, grandparents, sister, Joann Hill, aunts and uncles.