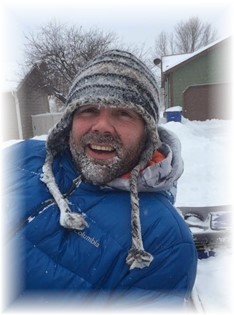 Nate was born November 2, 1982 to Tim and Gail (Albright) Bell. He was raised in Dubois, where he attended school and graduated with the class of 2001. He then attended the University of Wyoming for one year before returning to Dubois to work as a wrangler for the CM and Lazy L&B Ranches. He moved to Riverton in 2006 where he worked as a diesel mechanic for Riverton Tire and Oil. He married Monica Yoak in 2007 before welcoming the pride and joy of his life, Trayse Walter Bell in 2010. Nate was currently employed at A.D. Martin Lumber, where he enjoyed playing pranks on his co-workers.

Nate lived to be a father and took great pride in raising his “little man.” He enjoyed 4wheeling, camping, hiking, hunting and anything outdoors that he could do with his family by his side.

He was preceded in death by his grandparents, Walter “Pinky” and Alyse Bell and Don and Marilyn Albright.

In lieu of flowers, memorials can be made to Trayse Walter Memorial Fund in care of Davis Funeral Home or the Atlantic City Federal Credit Union.