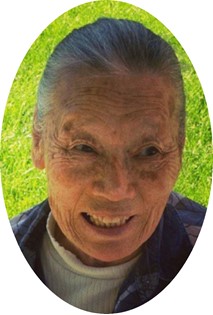 Guestbook 2
Chong Suk “Judy” Phillips, 72, of Shoshoni died Tuesday, February 14, 2017, at the Thermopolis Rehabilitation and Care Center. A memorial service will be held at 10:00 am on Monday, February 20, 2017, at Davis Funeral Home.

Chong Suk was born on April 15, 1944 in Seoul, South Korea. She met and fell in love with a U. S. Army Green Beret, Thomas Clayton Phillips, they were married and she arrived in the United States on Independence Day, July 4th, 1966. She embarked upon her new life and settled down in the small town of Shoshoni, WY.

After the untimely passing of her husband in 1975, the young widow raised her two boys, William and Samuel, in Shoshoni while working full time. She was raised in a diverse culture and at times struggled with language barriers and hardships, but never gave up. She became the very loving and strong woman that everyone knew and loved.

She was determined to receive her U.S, Citizenship and studied hard and became a proud U. S. Citizen on June 12, 1989. She always flew the American Flag and was one of the proudest Americans you would ever met.

She devoted her life to her boys and enjoyed everything with them. She loved interacting with people, taking long walks, fishing, going to church, and meeting new people. She loved to make others feel welcome and loved and in return leaving an everlasting imprint within the hearts of each person who know her and especially the ones that called her Mom and Grandma Judy.

She was preceded in death by her husband, Thomas Phillips.

Memorials may be made to the Shoshoni Animal Shelter in care of Davis Funeral Home, 2203 West Main Street, Riverton, WY 82501.