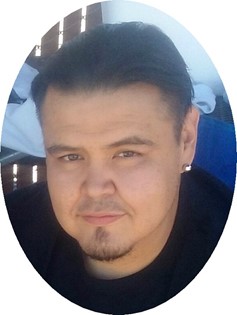 Guestbook 2
Funeral services for Richard “Richie” R. Redfield Sr., 35, will be held 10:00 a.m., Friday, February 24, 2017 at St. Stephen’s Catholic Church with Father Andrew Kinstetter officiating. Interment will follow at the Arapaho Catholic Cemetery in St. Stephens, Wyoming. A Rosary will be recited at 7:00 p.m., Thursday, February 23rd at Great Plains Hall with a Wake to follow.

He was born on March 10, 1981 in Riverton, Wyoming, son of Kenneth C. Redfield, Sr. and Polly Jane (Addison) Redfield.

He enjoyed hunting, fishing, camping, weight lifting and spending time with his children and family.

We have tried to remember and list everyone, please accept our apology if you were left out, it was not intentional.