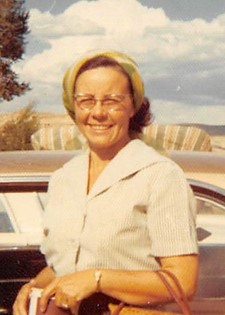 Guestbook 1
E. Maxine Rogers, 94, formally of Dubois, died in Portland, OR on Wednesday, February 8, 2017. A funeral service will be held at Davis Funeral Home in Riverton, Wyoming on March 2nd at 10am. Following the service, Maxine will be laid to rest in Mt. View Cemetery in Riverton, Wyoming.

Ellen Maxine Brown was born on December 7, 1923 in Wilmington, CA to Lawrence Elroy and Ellen Emily (Markley) Brown. She graduated from Grants Pass, OR high school.

Maxine’s joys in life were her family, caring for others, reading, rock hunting and camping.