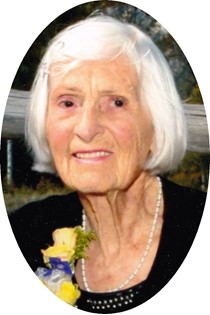 Ann Philp, 93 passed away February 26, 2017 at her home in Riverton in her family’s care. Kathleen Ann Good was born August 22, 1923 in Edinburgh, Scotland to Alexander Good and Dorothy (Hudson) Good.

A memorial service will be 2:00 p.m., Monday, March 6, 2017 at the Davis Funeral Home in Riverton. Burial will follow at the Shoshoni Cemetery with a reception at the Shoshoni Senior Citizen Center.

Ann served in the Royal Air Force from April of 1941 – February of 1946. She was an airwoman serving in the W.A.A.F. Upon her release she was describe as an airwoman who rendered excellent service in fighter operation rooms for five years.

She was married to Wyoming Native, John Innes Philp, Fremont County commissioner and well known rancher. The couple was married for 67 years before his passing on March 21, 2014, they lived on the corner of Schoening and Fremont in Lysite. Ann was an actively engaged ranch woman working side by side with John through fluctuating and challenging times in agriculture in producing food and fiber. Ann and John were a good team working to improve and expand the ranch. Ann was known for her hospitality and their home was a welcoming landmark in Lysite. In 2004, they moved to Riverton and enjoyed a new way of life and their new neighbors.

The couple raised five children and enjoyed traveling to Scotland. Ann and John especially enjoyed seeing their friends and family there and hosted many of them in Wyoming.

Ann was an avid reader and volunteered at the Lysite library. She will be remembered as a very loving person who cared about others.

Ann was preceded in death by her husband John Innes Philp; son, Frank A. Philp; brother, John Good; and her parents, Dorothy and Allie Good.

In lieu of flowers, memorials may be made to Shoshoni Senior Center or Friends of the Riverton Library in care of the Davis Funeral Home, 2203 W. Main Street, Riverton, WY 82501.