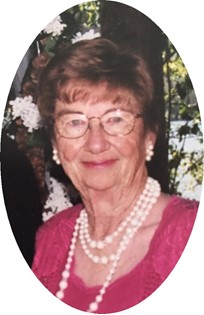 Jeannine Annette O’Bryan was born on May 28, 1930 in Cheyenne, WY to Douglas and Augusta (Drube) O’Bryan, She was raised and graduated high school from the Cheyenne area.

In 1948 she married William H.B. Graves in Wheatland, WY. They moved to Riverton, WY in 1964 and made it their forever home.

While raising her family she was involved as an active member of the Beta Chi Chapter of Epsilon Sigma Alpha, was an energetic Cub Scout leader and mentor. She devoted many years working with special needs children and enjoyed it very much.

Memorials may be made to PAWS for Life or Help for Health Hospice in care of Davis Funeral Home, 2203 West Main Street, Riverton, WY 82501. On-line condolences may be made to the family at www.TheDavisFuneralHome.com.