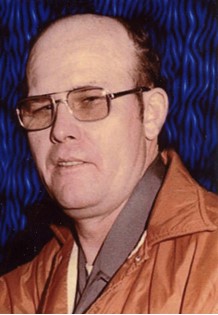 Ronald Wayne Anderson was born on October 7, 1935 in Hiles, WI to Herman and Violet (Harkin) Anderson. He grew up in Hiles and graduated from High School in Crandon, WI.

He was of the Catholic faith.

He moved with the family to Dubois, WY then to Riverton, WY and spent some time in Cody before moving back to Riverton where he lived until the time of his death.

He worked in the lumber industry as a planerman and responsible for sharpening the knives and saws. While in Dubois he worked for J.N Fisher Lumber Mill and U.S, Plywood. When he moved to Riverton he worked at Louisiana Pacific, where he was a foreman. He moved to Cody WY for several years and worked for the Cody Lumber Company before retiring and returning to Riverton.

He was a past member of the Riverton Eagles and Riverton Elks clubs.

He enjoyed sports, playing cards, and all types of different games. His favorite football team was the Green Bay Packers, he coached little league baseball, and played cribbage and poker with his family and friends.

He is survived by his sisters, Kathleen Anderson Koenig and her husband, Bill of Dubois, WY and Barbara Anderson of Riverton, WY; sister-in-law, Viola Henderson Anderson; great friend, Carl Niswonger; special friends, Elmer Zenisek and Kevin Coston; and many nephews, nieces, and great and great great nieces and nephews.