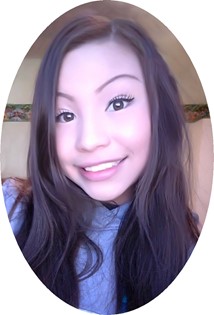 Guestbook 7
Millani Kai Watt, 14, of Riverton died at the Lander Regional Hospital – Sage West on Friday, March 17, 2017. A rosary will be recited at 7:00 pm on Tuesday, March 21, 2017, at St. Stephen’s Catholic Church with the wake following at 47 Red Crow Street in Arapaho, WY. The funeral service will be at 10:00 am on Wednesday, March 22, 2017, at St. Stephen’s Catholic Church with burial following at the Arapaho Catholic Cemetery.

She was a member of St. Stephen’s Catholic Church.

She enjoyed drawing, journaling, listening to music, making videos, doing make up and spending time with her friends and family.