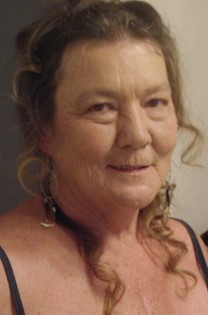 Guestbook 1
Georgie Scheetz-Place, 63, of Thermopolis, died on Thursday, March 23, 2017, at the Help for Health Hospice Home in Riverton. A graveside memorial service will be held at a later date in Broadus, Montana.

She was baptized into the Jesus Christ of Latter-day Saints faith in 2010.

She lived the majority of her life in Red Lodge, MT. She married Allen Scheetz and they had three children, Julie Ann, Roy Allen, and Lisa Lyn. Allen preceded her in death.

She enjoyed fishing and anything that included being outdoors, and loved spending time with her family.

Memorials may be made to the Georgie Scheetz Final Expenses on GOFUNDME.