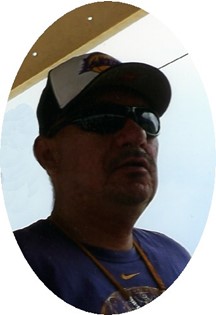 He was born on November 24, 1976 in Riverton, Wyoming, son of Homer Fighting Bear, Sr. and Mary Elizabeth (Antelope) Fighting Bear.

Dominic attended elementary schools at St. Stephens, Busby, MT and Lame Deer, MT. He then attended Riverton Middle School and St. Stephens High School where he graduated May of 1995. He received a basketball scholarship from Central Wyoming College where he attended immediately following his high school graduation. Dominic was known for his athleticism. He was an amazing volleyball and basketball player and even coached basketball at St. Stephens. He also enjoyed playing horseshoe and pool and sing pow wow songs with his brothers and son. Dominic was also known to be a good mechanic and had a great sense of humor.

Services are under the direction of the Davis Funeral Home