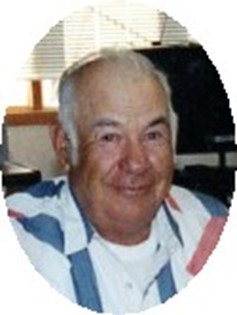 Frank Miller, 86, of Riverton, died on Friday, March 31, 2017, at the Wind River Rehabilitation and Wellness Center. A memorial service with Military Rites will be held at 2:00 pm on Saturday, April 8, 2017, at Davis Funeral Home.

Frank Milton Miller was born on June 7, 1930 in Riverton, WY to Milton Frank and Pearle (LaJeunesse) Miller. He grew up in Arapahoe and attended schools there. He lived in Arapaho on the Wind River Reservation all of his life.

He was baptized into the Catholic faith.

In 1953 he married his first wife, Regina, and they had three boys, Ed, Joe, and David. They later divorced. On December 9, 1977 he married Emma Spoon in Riverton, WY. She brought two daughters to the family, Jean and Emma.

He worked at the Fort Washakie Police Department for eighteen years and then went to work at the Acid Plant with Western Nuclear for fifteen years before he retired.

He belonged to the Riverton Legion Club.

He was preceded in death by his parents, Milton and Pearle Miller; three brothers; three sisters; and grandson, Shye Miller.