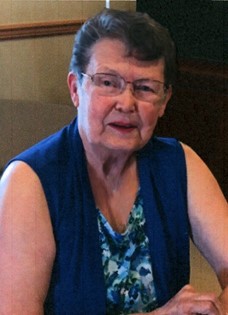 Guestbook 6
Sharalyn Jacques, 75, of Riverton died Sunday, April 16, 2017 at the Help for Health Hospice Home in Riverton. A family circle graveside service will be led by Pastor Echo Klaproth. Family and Friends are invited to bring their lawn chairs. Services will be 10:00 a.m., Monday, April 24, 2017 at the Mountain View Cemetery in Riverton with Pastor Echo Klaproth officiating. Sharalyn Ann Dewey was born July 14, 1941 in Riverton, Wyoming to Charles George and Wyona “Doreen” (Devish) Dewey. She was raised in Riverton graduating Riverton High School in 1959 and the University of Wyoming in 1963 with a degree in nursing. She married Ira “Wayne” Calvert August 2, 1964. Together they had a son, David. Mr. Calvert died December 3, 1975. She later married James “Jim” L. Jacques on June 2, 1979. Mr. Jacques had children Dick, Linda, and Sandy. Jim died May 10, 1988. Sharalyn was a Registered Nurse for over 47 years caring for residents of Fremont County her entire career. She was also co-founder of the Bull Supper Club in 1980 with her husband Jim and son Dick. They had also operated the Teton Bar & Lounge and J&R Cycles in Riverton. Her family said she enjoyed reading, gardening, working puzzles and her family. Sharalyn was a devoted mother, wife, grandmother, great-grandmother and friend. She was of the Christian faith. She is survived by her children, David Calvert and wife Heather Boyd-Calvert of Riverton, Dick Jacques and wife Cathy of Pavillion, Linda Burhans and husband James of Riverton; Sandy Hust and husband Wes of Dubois, 14 grandchildren, 8 great grandchildren, nephew Charles Davison and his family and many cousins. She was preceded in death by her parents, Charles and Doreen Dewey; sister, Barbara Davison, and her husbands, Wayne Calvert and Jim Jacques. Memorials may be made to the Help for Health Hospice Home in care of Davis Funeral Home, 2203 West Main Street, Riverton, WY 82501. On-line condolences may be made to the family at www.TheDavisFuneralHome.com Services are under the direction of the Davis Funeral Home.